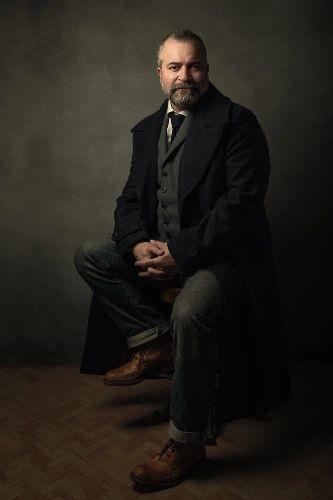 about to start filming in Lithuania for 'Young Wallander' Netflix, till mid November.

'A Confession' ITV has been an audience and critical hit...New showreel uploaded featuring 3 of my scenes

Gary Oliver was born on 19th November,1966, in Northampton, England.

He began his career in the theatre appearing in productions at the Royal Court, Almeida, Chichester, Young Vic, Shakespeare’s Globe, Manchester Library and Royal Exchange, Hampstead, Apollo Theatre, Old Vic and most notably seasons at the Royal National Theatre and Royal Shakespeare Company. During this time he has worked with many great directors including Rufus Norris, Sir Trevor Nunn and David Farr.

Highlights include “Festen’ at the Almeida and playing Mark Antony for the R.S.C. in ‘Julius Caesar’ in Stratford, America and London.

Since 2012 he has worked solely on T.V. and Film, playing significant roles in The Bible (History),

A more detailed C.V. can be found on the ’Resume’’ and ‘IMDB’ links

Check out this great video

Check out this video

Check out this  video

Check out this  video

Gary is represented by Charlie Cox at the Eamonn Bedford Agency